By Aaron Pirnack
Among the 21st century skills that Adventure Quest develops, one that we tout is a category we label "social skills." What do we mean by this term? There are so many social skills our edu-larp develops that, for the sake of space on our website and flyers, it is not only easier but more informative to use the broad category rather than create a list of them all. The list of skills would include communication, leadership, teamwork, and so on, many of which are in a focused and emergent category of learning called Social Emotional Learning (SEL) skills. Let's dig in to this area of our educational live-action roleplaying game.
What is Social Emotional Learning (SEL)? 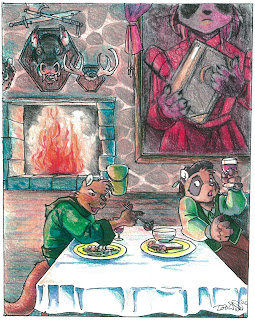 Here is a good working definition of Social Emotional Learning, taken from the Collaborative for Academic, Social, and Emotional Learning (www.casel.org):
Social and Emotional Learning (SEL) is the process through which children and adults acquire and effectively apply the knowledge, attitudes, and skills necessary to understand and manage emotions, set and achieve positive goals, feel and show empathy for others, establish and maintain positive relationships, and make responsible decisions.
SEL programming is based on the understanding that the best learning emerges in the context of supportive relationships that make learning challenging, engaging, and meaningful.
Social and emotional skills are critical to being a good student, citizen, and worker. Many risky behaviors (e.g., drug use, violence, bullying, and dropping out) can be prevented or reduced when multiyear, integrated efforts are used to develop students' social and emotional skills.
Renaissance Adventures's mission is to develop crucial 21st century skills in students to bolster their life-long love of learning, to help them mature in decision making and responsibility, and to enjoy the adventure of life. The SEL skills are necessary to fulfill this vision.
In fact, not only are these skills excellent for the student's general welfare, there is an abundance of research that show that developing SEL skills can help with their academic performance as well (click here for Edutopia's research review of this matter).
How Does Adventure Quest Foster SEL? 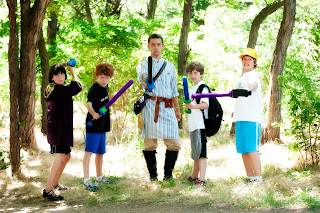 Students in Adventure Quest play the heroes of a mythic quest, playing as the protagonists in a dynamic quest game. This live-action roleplaying game is itself a co-created story that challenges the heroes to uncover mysteries, make decisions that affect the plot, negotiate with allies and enemies alike, and discover the best actions to take so that the kingdom is saved.

Students are not given the answers, nor even the methods to find "correct" solutions; rather, the students as a group decide and direct the story - and their learning. This robust, personal narrative, coupled with dynamic challenges that the students overcome in their own way, firmly establishes strong motivation, involvement, and interest in the consequences of the students' actions.
Every quest is designed to have at least a few challenges that develop SEL skills. Here are just a few examples:

As you can see, there are numerous opportunities for a quest to create incredible SEL experiences for the kids. At Renaissance Adventures, we also include the experiential education method by reflecting upon these experiences and giving space for the students to improve upon how they did in another similar scenario... all within the framework of an epic and fun quest game.
The Power of Narrative in SEL Skills
You may wonder if SEL skills are still developed when there is that narrative distance; that is, the degree of separation that comes when kids are playacting as a character in a story rather than learning first hand. Here is just one evidence taken from an article called "Story Power: How Fiction Shapes Your Social Skills" (Oatley, Scientific American: Mind, November 2011, p. 63):
Just as computer simulations have helped us understand perception, learning and thinking, stories are simulations of a kind that can help readers understand not just the characters in books but human character in general.
...Narrative is a distinctive and important mode of thought. It elaborates our conceptions of human or humanlike agents and explores how their intentions collide with reality.
Recent research shows that far from being a means to escape the social world, reading stories can actually improve your social skills by helping you better understand other human beings. 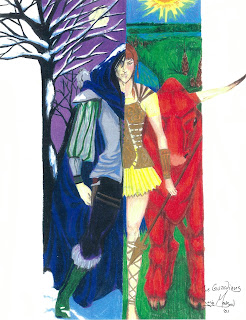 While this article and its evidence are based upon the reading of fiction, we know that experiencing stories has an even greater impact. After all, experiential learning creates a greater cognitive and emotional footprint than a more passive approach.
Furthermore, I believe that SEL skills are best developed by customizing lesson plans dynamically over the course of the class/quest, and relative to the personal experiences of the students. Context and shifting personal feelings of the students to the lessons make a profound difference.
In her essay "Great pretenders" (Clay, aeon.co, 2015), Alexa Clay recognizes that live-action roleplaying games have the power to dramatically (literally) shift the social-emotional faculties of the participants by increasing their understanding of their relationship to others. The essay is filled with anecdotes about the personal experiences of the players, which is of course the only way to genuinely talk about the impact of larps.

[In a larp,] you identify with your character, and then you start to understand her world, and the world of others around you. This process can take you to some remarkably deep places.

Larps have all the ingredients for heightening human agency – tools for designing social dynamics, for elevating empathy and self-awareness, for living out alternative cultures. From the outside, it’s hard to appreciate the profound emotional experience it creates. Larp is not merely a therapeutic outlet for individuals. It’s a blank canvas for our systems and the cultures we inhabit.

While I only quoted a small section of her essay, to really understand the power of larps, it is best to read the anecdotes. After all, the best way to talk about the impact of larps is not to talk about larps in general, nor even about a specific larp's formal "lesson plan" (such as the game rules, background information, player roles, context, and challenges). No, the best way to talk about the impact of larps in SEL skill development is to address the unique impact of personal larp experiences: "How did this person feel playing this role with these challenges at this specific larp on this day and time?"
Targeted SEL Development and "Quest Education"
Quests can develop SEL skills in general for all the students that undergo the quest, but what about targeting skills or issues for specific children? Because Adventure Quest programs are always customized to the students, the Quest Leader can modify some of the quest's challenges to suit the needs of the group, or even the needs of an individual.
When Quest Leaders are trained to listen to, care about, and integrate personal challenges that the students have into the quest, the SEL skills are all the more enriched. Not only that, but Quest Leaders skilled in mediation or other therapeutic techniques can have amazing results in what we call "quest education" - a kind of modality that focuses on allowing the participants to experience a fantastical narrative in order to grasp new perspectives in a way that does not raise their defense mechanisms.

In other words, by putting the kids into a story, they can witness and recognize bad behavior in the context of a story. This comes because it is not the kids who are "criticized" for their wrongs, but some other character in the story. This double degree of separation (i.e. narrative and 3rd person) creates an amazing "safe zone" because the teacher no longer is seen as critical of the student, and because of the safe zone, the students are more open and willing to change their behavior.
Quest Education Example: The Bullying Ogre 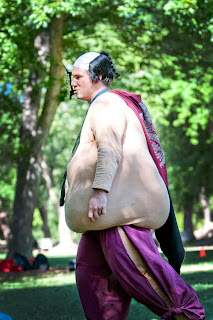 Mark Hoge, founder of Renaissance Adventures, began the Adventure Quest programs in the 1990’s. He was approached by a mother whose five-year old son bullied his sister and kids at daycare. The parent asked Mark if there was anything he could do to help her son end this abusive behavior. Mark agreed to run a special quest for the boy. In the quest, the boy was confronted by an ogre that was bullying a pixie. Playacting as his character, the boy made his decision and acted upon it: he defended the pixie and got the ogre to stop being a bully. In fact, the boy's character began teaching the ogre how to be nice and the two became friends.
This was a short quest, filled with adventure and wonder. To the boy, it was an exciting activity - one that he would remember for a long time. Significantly, Mark never once mentioned the boy's real-life behavior of hitting and bullying.
Weeks later, Mark spoke with the mother, and she excitedly said that the boy has not bullied or hit anyone since the quest with the ogre. By talking with, understanding, and helping the bullying ogre, the boy was in a dialog with his own internal ogre. With one powerful quest, the boy made huge gains in his emotional intelligence - a crucial SEL skill.
Conclusion
Renaissance Adventures does not have the resources to do the kind of research that would provide conclusive evidence that SEL skills are developed in Adventure Quest (or any program that is experiential education through live-action roleplaying games). However, over the many years that we have run these programs, we can say wholeheartedly that it works, it is fun, it is powerful, and it is beautiful.