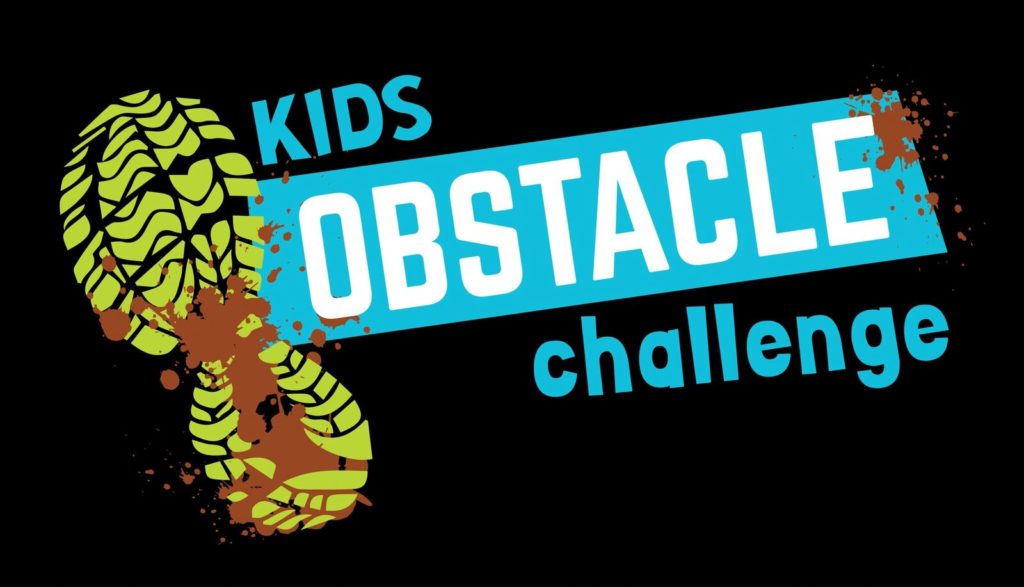 Looking for something fun to do with your children before the summer ends? I know school has started for some already, and some haven’t begun yet. My kids go back to school on August 27th. That’s not much time before they’ll be in school again. I try to do as much as I can with my daughters in the summer, because once school starts there isn’t much time to do a lot with them. One thing that we ended up doing over the summer, was attending the Kids Obstacle Challenge, and it was a ton of fun! 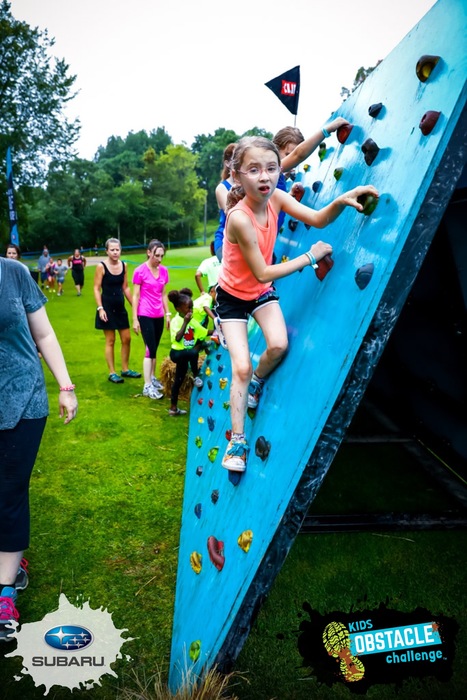 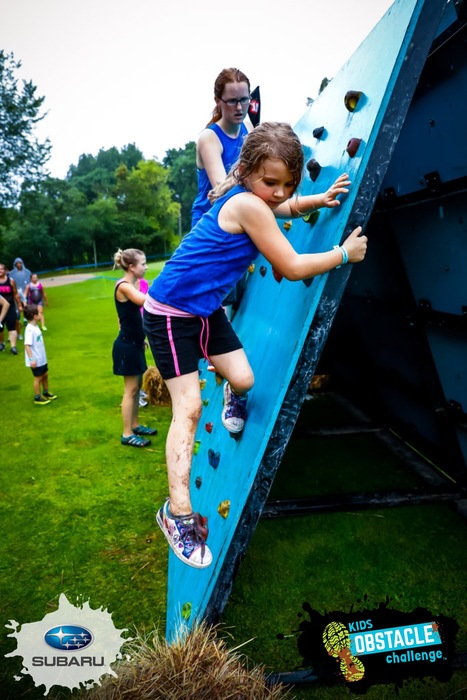 There were so many obstacles to go through. My daughters and I were having a blast with it all. It was nice that at some of the obstacles, they had people there taking your photos too. We were able to grab these photos to keep too. That was super nice to be able to get photos since I didn’t bring my camera or phone since it was raining most the time, and I participated as well, so there was really no way for me to get any photos, especially when some of the obstacles consisted of mud! 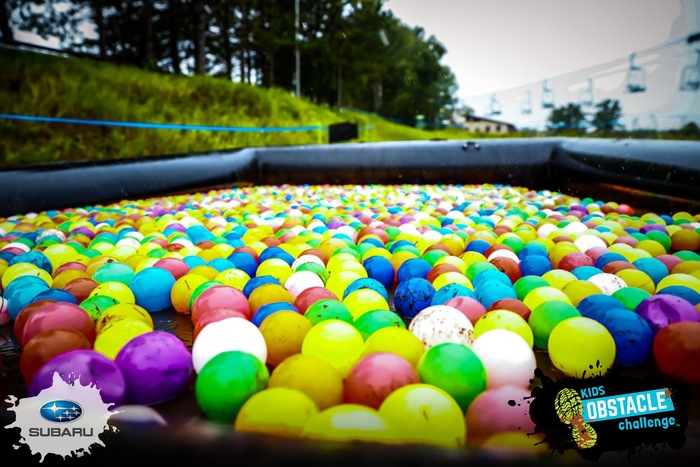 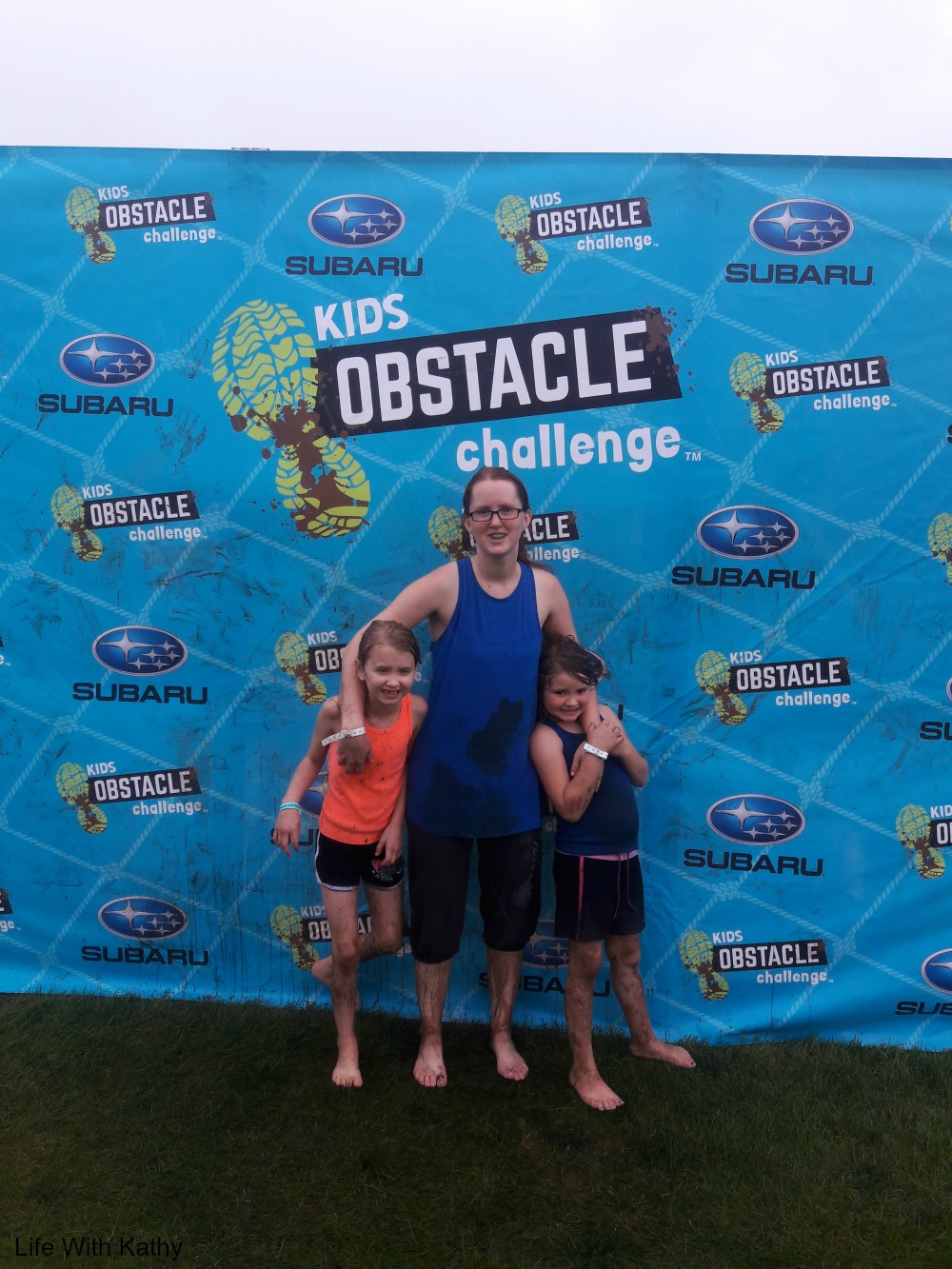 I didn’t count the number of obstacles there were, but I believe it was somewhere between 12-15 obstacles. I actually really loved the location as well. It was very hilly, but that’s the fun part. You can get in some great exercise while having a lot of fun with it. Sometimes it was tough getting up those hills, but we never gave up and we always went for it. My daughters and I also did every obstacle they had. We never skipped any of them. They know that when they can push themselves to do it, then they can do it! 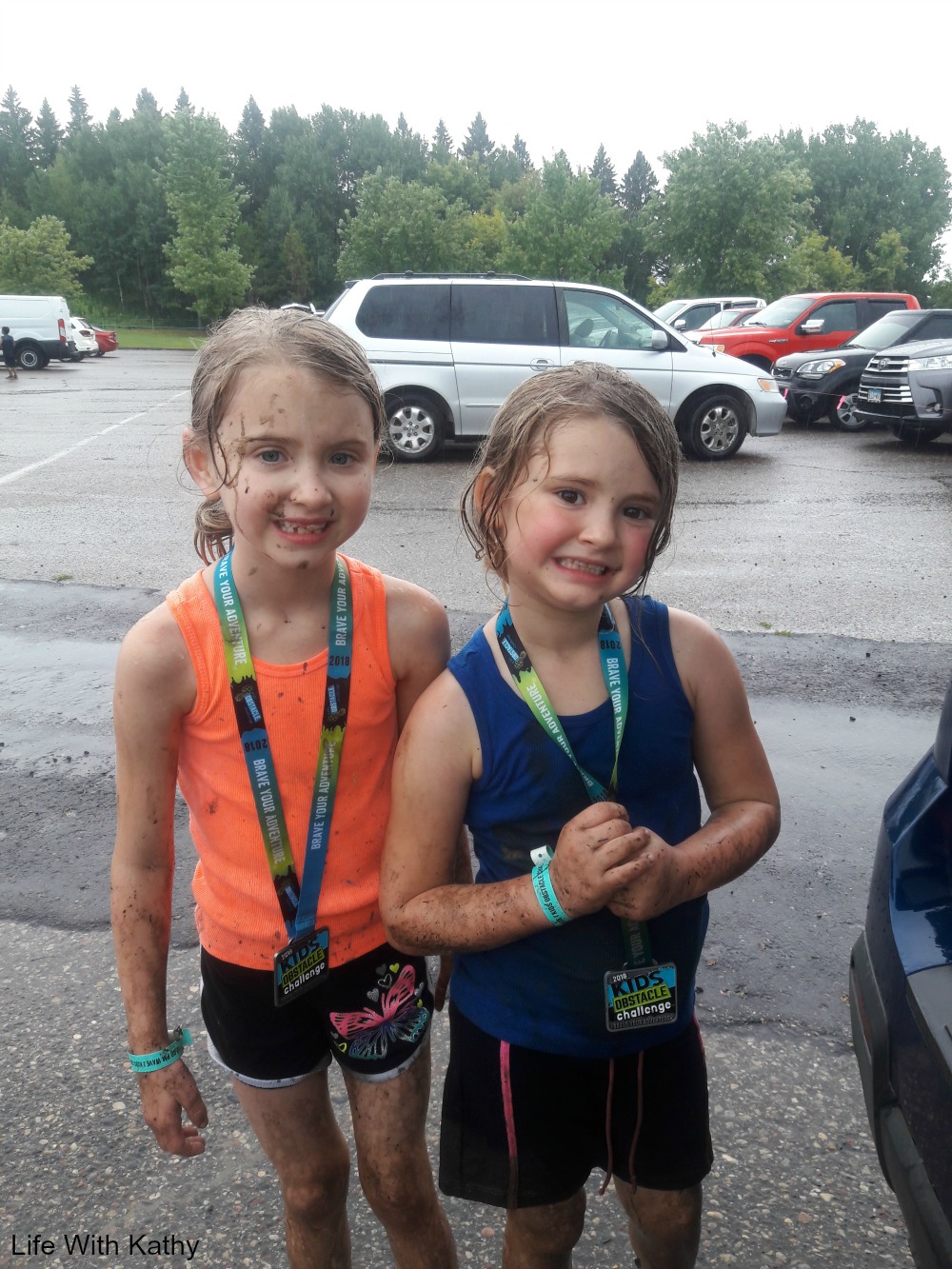 At the end the children got to get a medal. I thought that was really neat. They were excited for them, and are still excited about them to this day. They are always showing them off to everyone. I think it makes them feel great and glad that they were able to accomplish the whole obstacle course. I think it’s great for them to be rewarded with a medal. 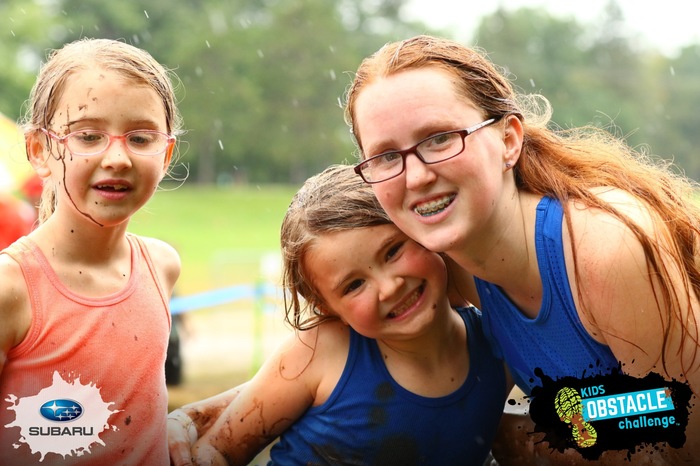 Towards the very end they had people taking photos as well. We decided to post so that we could get a photo at the end while we were still covered in mud. Mercades didn’t look at the camera, but that’s okay. She usually doesn’t, but this picture still turned out great.

We all had such a blast. We certainly would love to come back again. The only thing I wish they would have had, were more photos. We didn’t get a whole lot of photos of us at any of the obstacles, so that was a bit of a bummer for us. We still had an amazing time though. If you don’t plan to join in with your kids, but just want to be on the sidelines, I’d recommend bring your photo to take some photos. Otherwise, I’d say go for it and have some fun with your kids! They’re going to love it if you join in with them.

There are a few different locations for the Kids Obstacle Challenge, so make sure to check that out. I know you’ll have a great time too! Parents get to run free with each child they register, so that’s a huge bonus for parents. They have both family fun obstacles as well as a Razor Competitive one where kids can compete against each other. We loved the family one and can’t wait to go again!