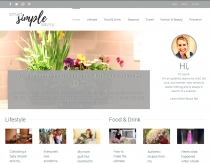 It's always the little things

After being married for six years, I've learned that it's not the grand gestures that you want, it's the little things that you need. When my husband, Ed, takes out the trash without me nagging or picks up the toy car I've tripped over twelve times, I notice it. Those little things throughout the day really add up and remind me of when I fell in love with him seven years ago, in a time when our lives were so totally different.

The other day, we had our first snowfall in New Jersey and we woke up to a beautiful three-inch blanket of snow. As I was getting the kids out the door, it hit me that I hadn't cleaned the snow off my car. Walking up to my car I anticipated a nightmare ahead of me with the two kids but instead, I found a perfectly clean car. Ed had taken the time to do it for me.

Now I know he cleaned my car off because he loves me but I also think that he did it because we got these new ice scrapers called the Scrape-A-Round. They have a funnel-like shape and Ed had his doubts that they would actually work, so I know he's been dying to give them a try. He was pleased to tell me that the Scrape-A-Round worked great and made cleaning the windows super easy. The only issue he encountered was that it was difficult to do my front windshield because I have a big SUV and he couldn't reach the center of the window with the scraper.

I'm hoping he keeps feeling the love and my car is always magically snow-free all winter long. A big thank you to Scrape-A-Round for partnering up with me. http://youtu.be/baHi-litcD8